Last month we had a chat with one of our more well-travelled customers, Scott Sanderson. Scott's been to the Arctic circle, Hawaii, Japan, and South Africa, to name just a few. 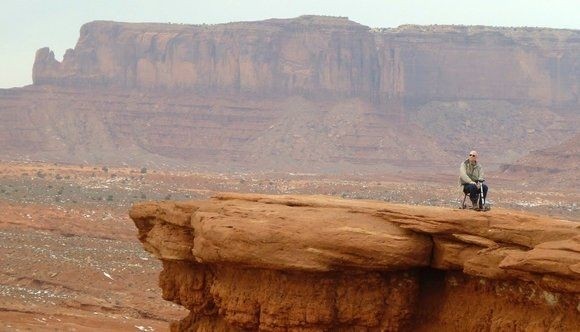 It’s safe to say he’s seen more of the world than most people. We wanted to find out what made him tick, and how exactly he’d seen all the places he’d seen.

The first thing that leaps out about Scott is how reserved he is. His words are carefully chosen and softly spoken. Scott has an impressive career behind him, first as an electrical engineer and then as a tech business owner in the early days of the internet. But a diagnosis of MS was a tough blow.

I tell him I want to learn about his experiences with his Luggie travel scooter and he starts by explaining how sometimes he runs in to difficulties with footpaths in other countries.

“The wheel-base needs to be wider”, he says.

Not the best start for someone trying to get a story that looks good for one of our products. I briefly wonder if I should tell him that the latest Luggie model does have a wider wheel-base, but that can wait. I’m happy just to hear what Scott has to say.

The conversation turns to some the more memorable experiences with his Luggie. The Northern Lights in Norway stands out. Scott’s wife and carer Kim, a diligent researcher, chose the town of Trompso after watching a Joanne Lumley documentary. Everything went off without a hitch and Scott and Kim spent two nights watching the Aurora Borealis dance across the night sky.

Scott has also visited the famous Alcatraz prison, located on the tiny Alcatraz island just off the city of San Francisco. He used his Luggie scooter to get on and off the ferry, roam around the complex, and participate in a tour.

“The history, scenery, architecture, and atmosphere”, Scott says when asked what it is that draws him to a new city. He mentions Paris with its cafes and museums as one of his favourite cities. He liked to go from place to place on his Luggie, although unfortunately the footpaths weren’t always ideal, hence the need for stable scooter.

We talk for a while about the pros and cons of various models. His first travel scooter, an Afikim EasyTravel Elite, had a very high centre of gravity because the heavy lead acid battery was right underneath the controls. The Luggie on the other hand has its much lighter Li-ion battery under the seat, which is also a convenient place for a spare.

“That’s one of the big pluses. The knowledge that I can spend a full day out and about without having to worry I’ll run out of charge”, Scott said. 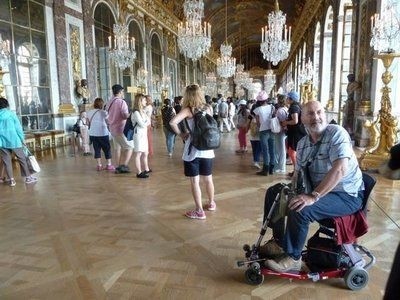 I’m interested to know more of the nitty gritty details of using an electric scooter to get around. Scott explains that airlines and airports are very accommodating with portable scooters.

“They let you drive your scooter all the way down the tunnel, right to the door of the aeroplane, before they take it off to the hold. And when you get off, it’s already there waiting for you. Very simple,” he said.

And because the Luggie is light and easily folded, transportation in taxis or tour buses doesn’t present any problems.

Train travel is also something Scott and Kim relish. They’ve ridden the Blue Train in South Africa, the Ghan and the Indian Pacific in Australia, and the Rocky Mountaineer in Canada . Scott tells me with how dining on the Blue Train was a luxurious affair with formal dress. I get the hint of almost boyish joy at the novelty of wearing a suit and tie while eating on a train.

I would love to learn more about the WWI battlefields in Belgium or the volcanoes of Hawaii, or any of the many other places Scott has seen, but our time is up. We’re excited to find out where he’s headed to next, and immensely proud that one of our products will play in a part in getting him there. 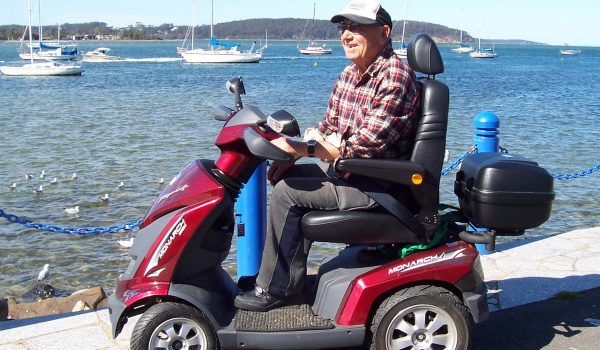 What You Use Scooters For, Part 2 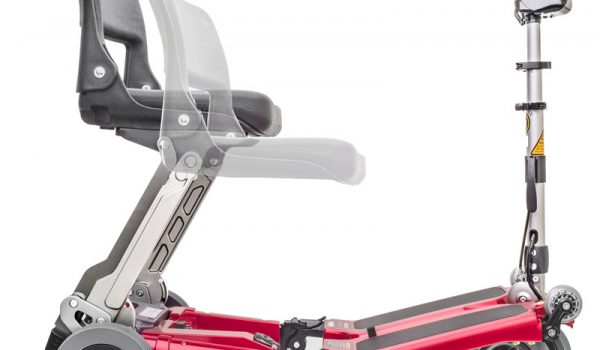 Luggie a Winner in Tasmania!