Dr John Thearle spent decades teaching and practicing medicine. He’s also a polio survivor from the 1940’s. But the disease didn’t quite go away, as it hasn’t for many. Late effects of Polio (LEOP) has made it difficult for him to get about, but John is turning to new technologies to help solve that. Technologies which he says have given him his life back: exploring and enjoying Brisbane, going to the cinema and cafes, and even considering interstate travel once the spectre of Covid-19 has faded.

John and his wife Marylou have had their fair share of adventures. Four years after graduating, John got a post as a ship’s surgeon and sailed to Europe. He met Marylou, a nurse from Brisbane, while working on his Paediatric speciality. They were both part of close-knit and vibrant communities of expats and doctors in Bath, Bristol and Edinburgh.

Fifty years and a lifetime of providing healthcare later, the couple are well-equipped to understand the scope and implications of the current Covid-19 pandemic. Being part of a high-risk group has given them some pause for thought, but they have by no means stayed shut up inside. The duck ponds and university grounds of St Lucia, Brisbane are regular destinations, sunny and idyllic alternatives to the computer screens many of us have been stuck with.

But until Christmas Eve of last year, outdoor expeditions weren’t really a possibility for John. He was using a walking stick and a wheelie-walker to help him move. But that only alleviated his problems somewhat. He could manage short trips from the car to a shopping centre, but not much more.

Tipped off by a patient of Marylou, now practising as a Podiatrist, the couple visited a mobility scooter store in Chermside. They left bearing a curious little machine, a Luggie Scooter. Its small and manoeuvrable frame was perfect for John. He could make it to nearby parks on his own steam or he could transport it in the boot of his Camry to go further afield. Air travel was now even a possibility. Covid poured cold water all over the couple’s plans to visit their daughter in Sydney, but they are confident that they’ll make it there soon, and who knows where after that.

Kavita Shetty, who sold the scooter to John and Marylou, says that their story is becoming increasingly common.

‘More than anything else, people want to stay mobile. They hear about the Luggie and it changes their life’, she said.

‘Fingers crossed the world opens back up soon, and we can all return to exploring and enjoying the outdoors, including John and Marylou’, said Kavita.

What Can I Use My Scooter For – We Asked You! 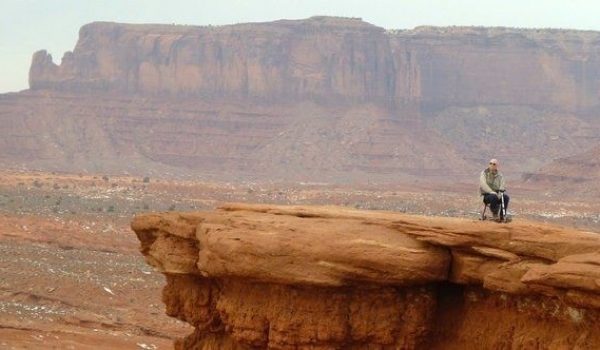